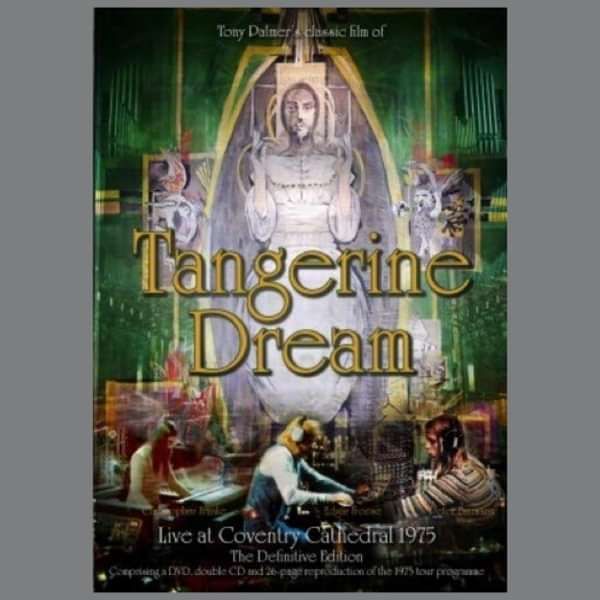 Film director Tony Palmer had always been deeply unsatisfied with his film of legendary Krautrock band Tangerine Dream. For one thing it had contained the wrong music. Palmer explains: "Well, it was a cunning piece of Richard Bransonism! That is, it was the soundtrack of the yet-to-be-released album . So, he was doing a cunning bit of PR, because what they played in Coventry cathedral was music from two existing albums and that was of no interest to him whatsoever. What was interesting for Richard, and what was important for Richard – I respect that, of course – was to promote the new, not-yet-released album. And I was a sucker, and I fell for it, and we cut all the pictures to the new, yet-to-be-released album. So what we’ve done this time is we’ve actually gone back and listened again to the music they did actually play, and of course now, I realise that it was quite different. And I’ve had to recut not all the pictures, but a great many of the pictures to that soundtrack that was the music that they actually played. So, for the first time, we’ve got a decent cover, a proper restoration of the pictures, AND the real sound"