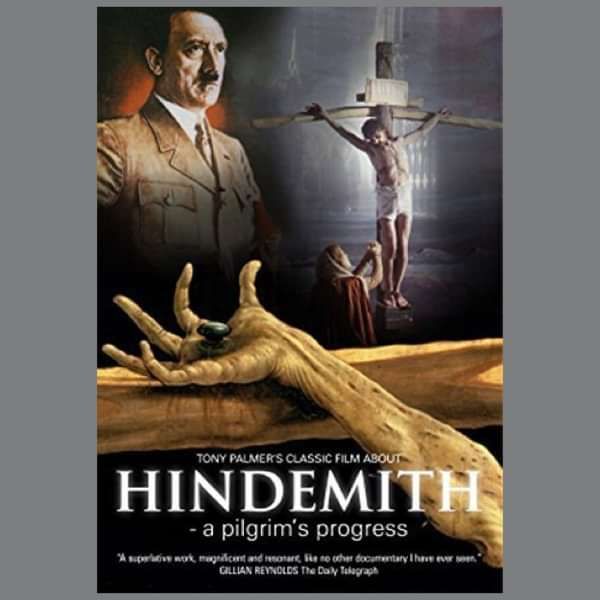 The film was first shown on Melvyn Bragg’s South Bank Show. The critics were divided. Stephen Johnson, writing in The Listener, admitted that while the various thematic strands undoubtedly related, the story of Hindemith tended to get lost in the welter of allusions. “I felt both stirred and cheated,” Johnson wrote; “stirred, because the combination of music with visual and verbal images struck me more powerfully than in any other Palmer film; cheated because I’d expected a film about Hindemith, but the composer and his music formed only one strand in a complex tissue.”Michael John White in The Independent wrote: “Putting visual images to music is potentially a questionable undertaking. Either they add nothing or they infiltrate the score. Palmer is an infiltrator, thus getting very close to the heart of the music. Palmer can claim an unrivalled catalogue of work which has touched a deep level of truth in his subjects, risking broad conjectures which have later always been substantiated.”Gillian Reynolds writing in The Daily Telegraph said: “Nothing quite like this film had ever appeared on television before. The story’s passionate logic is told in images which have an eerie familiarity,” she wrote, “while words and music break across them like waves, becoming a tide. The Independent Broadcasting Authority, to which the Hindemith film was referred on possible grounds of blasphemy, sent it back praising it with the sole stipulation that it must be shown without commercials. It is a superlative work, the most magnificent and resonant film to be seen on Easter Sunday in years, like no other documentary I have ever seen.”