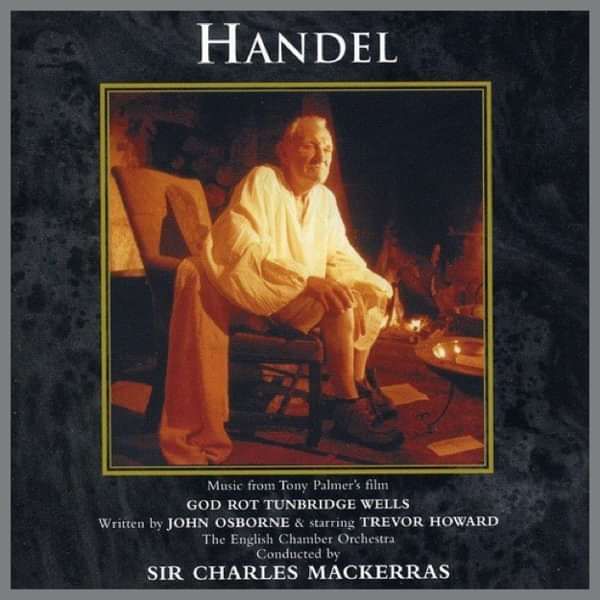 Taken from the soundtrack of the film God Rot Tunbridge Wells, this unforgettable collection of Handel’s ‘hits’ was rightly praised at the time for making Handel sound, well, like Handel: full of life and fury, and not the usual syrupy stodge served up by massed choirs of thousands.

Mackerras had insisted on hearing the Royal Fireworks Music (for instance) as it had been written – for a veritable battery of wind and brass instruments, not to mention twenty side-drums – but how on earth were we going to assemble that number of period-looking instruments to film? Easy, said the cameraman: use mirrors. And so we did. No-one noticed, nor that the ‘harpsichord’ on which the deaf and almost blind Handel doodles from time to time is actually a grand piano painted by Burne-Jones in 1890, almost 150 years after Handel had died. (Ironically, the one person who did spot this was Andrew Lloyd-Webber, who then tried to buy the piano).