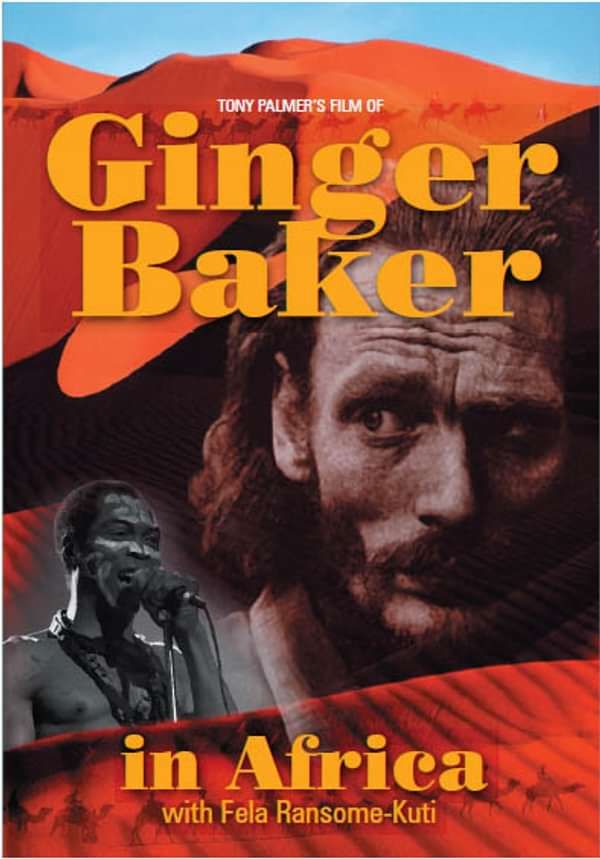 In November 1971, Ginger Baker wanted to set up a recording studio in Lagos, then the capital of Nigeria. He was among the first great musicians to realise the potential of African music. He decided also that it might be an invaluable musical experience if he travelled to Nigeria overland. Unfortunately, this involved crossing the Sahara Desert. Mad? Well, crazy - but that was what was so endearing both about the man and the musician. He bought a Range Rover - one of the first ever models - and it fell to me (because of my relationship with CREAM) to film this odyssey. And the music of Nigeria, when we finally got there, was a revelation. This was before the time of the oil boom and a succession of corrupt governments; the music pulsated with reckless freedom, from the African talking-drummers of Oshogbo, to a visit to the eastern city of Calabar where Ginger’s friend (the then unknown) Fela Ransome-Kuti performed for us with devastating power. I remember filming Kuti in a stadium filled with several hundred jiving Africans. Ginger & I, his driver and my cameraman were the only white faces. Scary. But not so scary as our nights in a Calabar hotel (well, ‘hotel’ is a bit of an exaggeration). The walls of our room, not to mention the seedy mattress on the floor, were covered black with mosquitoes. I remember Ginger saying that if we survived this, we could survive anything. I’m glad he did, and the film pays tribute to his indomitable spirit and to his extraordinary musicianship.