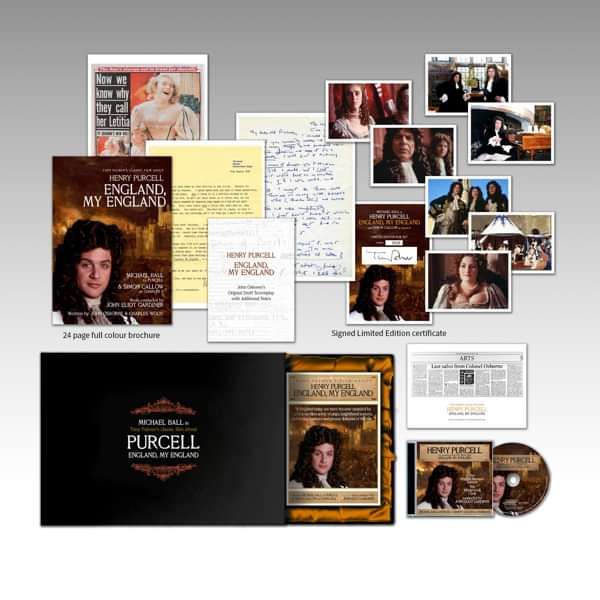 Michael Ball stars in this unforgettable evocation of the life and times of composer Henry Purcell.

Michael Ball stars in this unforgettable evocation of the life and times of composer Henry Purcell and his relationship with his King, Charles II, played by Simon Callow at his brilliant best.

The last work by the great playwright John Osborne, the music is given authority and beauty by John Eliot Gardiner and his Monteverdi Choir and Orchestra acknowledged as being masters of 17th-century music.

The cast also includes two residents of Albert Square, Lucy Speed and the matriarch of the Queen Vic, Letitia Dean, aka Sharon. Filmed in the actual 17th-century locations which Purcell knew well, from Westminster Abbey to the Banqueting Hall in Whitehall, the characters of Pepys, Wren, Dryden and Charles' numerous mistresses are brought vividly to life in this highly entertaining two-and-a half-hour film.