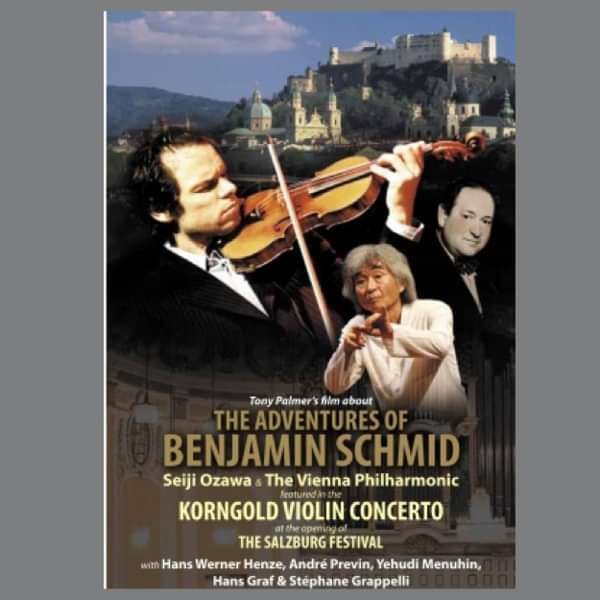 Benjamin Schmid has performed with all the world’s important orchestras, in Europe, Russia & the United States. A pupil of Stéphane Grappelli & Menuhin, with whom he made his professional debut in Salzburg; major prize-winner at the Carl Flesch International and frequently the ‘Editor’s Choice’ of the ‘Gramophone’ magazine for his recordings of Bach Ysaÿe.

At the opening concert of the Salzburg Festival he played the Violin Concerto by Erich Korngold, with the Vienna Philharmonic conducted by Seiji Ozawa. The ‘adventures’ follow Schmid to St Petersburg in the Shostakovich Hall, Tokyo with the New Japan Philharmonic, China with the Hong Kong Sinfonietta, Rome with Hans Werner Henze, the USA with the Houston Symphony, London with the Philharmonia, and Hollywood playing Britten, Pärt, Paganini, Mozart, jazz …..and of course the now famous Korngold Concerto in Salzburg.