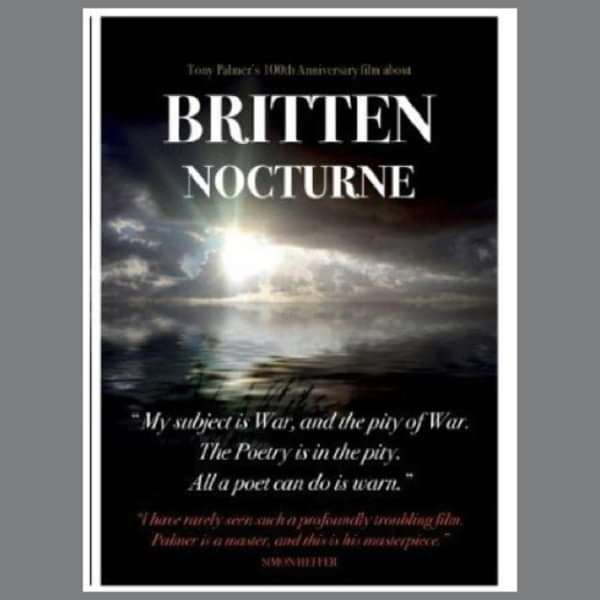 The centenary of Benjamin Britten is marked with a new study by the multi-award-winning director Tony Palmer. It is a dark coda to Palmer's four other Italia-Prize-winning films with and about Britten, whom many now regard as one of the greatest composers of the 20th century.

This extraordinary film explores Britten's uneasy relationship to the wider world. The bloodiest century in history profoundly affected Britten, not just because he was a committed pacifist, but on a much deeper level. What is the role of the artist in such a troubled world? What are his responsibilities? What is the nature of creativity itself? What is its function? Does it have a function? Man's inhumanity to Man now, and always. This is the subject matter which preoccupied Britten and that is the subject of this film.

Reviews 'I have rarely seen such a profoundly troubling film. Palmer is a master, and this is his masterpiece.' Simon Heffer

'The film is deeply powerful, if harrowing. I'll be haunted by its images and the potent use of Britten's music for quite some time, and my depth of understanding of Britten has considerably deepened. It's a work of art in itself.' Victoria Bevan, Albion Media 'Nothing quite prepares us for the ferocity and daring, and the intensely subjective rapture, of Palmer's work that still has to be classified as 'documentary'.' David Thomson, The Biographical Dictionary of Film