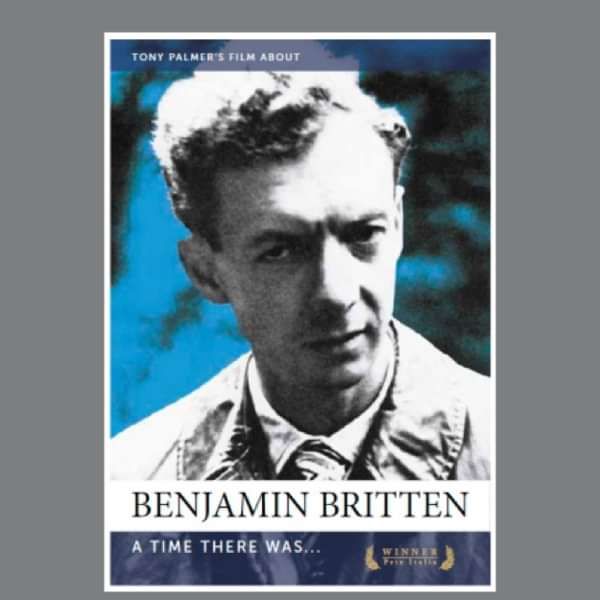 Benjamin Britten: A Time There Was DVD (TPDVD179)

There are always dates which resonate for ever in our lives - I remember exactly what I was doing when I was there. The death of Kennedy, for instance. For me, that date is May 30th 1962. By chance, I had been taken to the newly opened Coventry Cathedral by a friend to hear a big new choral piece by Britten, and there I met John Culshaw who, as head of DECCA, was then in the process of committing Brittens entire works to disc. And thank God he did. To him, we should all be eternally grateful. That big new piece was, of course, the world premiere of the War Requiem

I remember the utter silence which followed the performance. No words, let alone applause, could express what we all felt, a feeling which has never left me every time I hear music by Britten Years later, I was able to repay a tiny part of my gratitude to him for what he had given us with a film called Britten and his Festival about the opening of the original Snape Concert Hall in 1967. I can with modesty say that he loved the film, with the consequence that after he had died, Peter Pears, his lover and long-time inspiration, asked me to make a more substantial film in memory. This film, made in 1979, with Janet Baker, Julian Bream, Richter, Leonard Bernstein, his brother & sisters, Pears himself and a host of close friends, was the result. I could never properly repay my debt to him, of course, but I hoped (and hope) the film would enable others to share something of this strange, haunted man, and his gift to us.

Humphrey Carpenter once played the Young Persons Guide on his programme In Tune on Radio3. Following the tumultuous fugue at the end, there was a long pause, and eventually Humphrey said: that, ladies and gentlemen, is pure genius. Yes, it is.